Fortress Attack!! is a fangame currently in development by SilentDream that's inspired by the classic Game & Watch Gallery games on the Game Boy and also shares similarities with SilentDreams's canceled project Mario Bros. VS.

Fortress Attack!! has 9 stages, the goal in each one is to get the game speed up to at least level 12 by earning points. Upon reaching level 12 the player has the option of exiting to the next stage via a door that appears or staying longer to earn more points while the game speed continues to rise. Once the player moves to the next stage the speed drops back down to level 0. Mario's movement in the game is grid based like the Game & Watch series but he has a variety of attacks you can use to dispatch foes. By taking out more than one enemy at a time Mario can earn more points and clear stages quicker, if Mario defeats a stronger enemy and touches the flag he gets an additional 10 points to the 10 you normally receive. Every 200 points Mario will earn an extra life and can also get extra lives by collecting 5 Ace Coins, however Mario can only have up to 3 lives at once.

(Note that the controls can be changed in game) 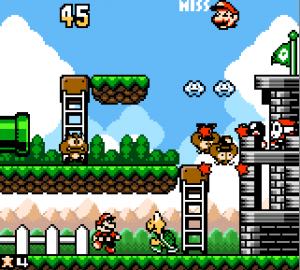 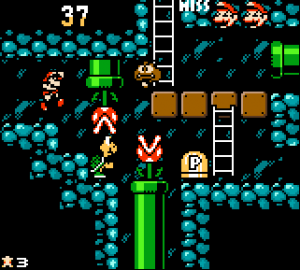 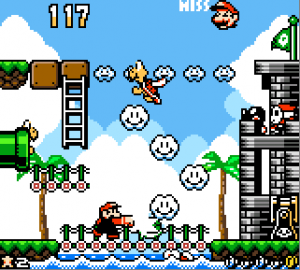 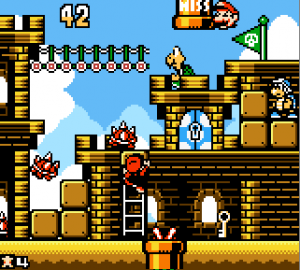 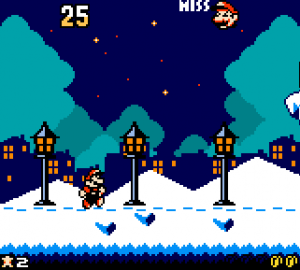